MILITARY STANDARD: ELECTROMAGNETIC INTERFERENCE CHARACTERISTICS REQUIREMENTS FOR EQUIPMENT. MIL-STD-461 is the primary Electro-Magnetic Compliance (EMC) Standard for military forces of many countries in the world. This standard covers all branches and groups them into Army, Navy, Airforce etcetera.

Get a free quote

MIL-STD-461 is the main Electro-Magnetic Compliance (EMC) Standard for the United States (US) military services. It has also been adopted as the core requirement for Armed Services of many other countries in the world, including Canada. This standard covers all the main branches of services and groups them into Army, Navy and Airforce

MIL-STD-461 covers several tests, such as measuring the levels of Emissions that are radiating from the product that may interfere with other products, as well as the product’s ability to function in severe environments (immunity) including when other devices are nearby or connected to the same power source. The supplier contract will specify which tests and what specific level are required for your product.

Additionally, it will also specify which version of the MIL-STD-461 is required. For example, the current version is MIL-STD-461G, but if your product is being installed into an older Naval Vessel, it may also have to comply with MIL-STD-461D.

Also, if the product has already passed EMC Compliance tests for the commercial or industrial markets, it will still need to comply with the Military specifications, as the requirements are much more rigid. 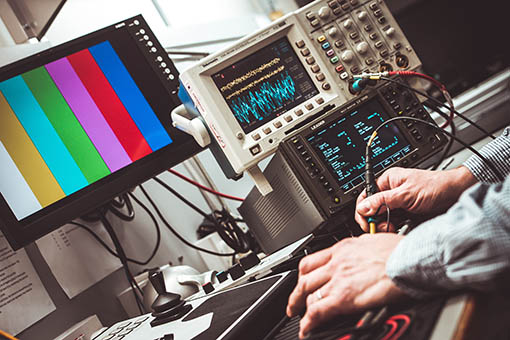 Get EMC Testing for Military Standards at LabTest Certification Inc.

Learn More
We use Cookies to create better experience for our users. Ok
Go to Top