Yes, we just turned 18th! We are now entering “adulthood”. What a journey it’s been so far!!! 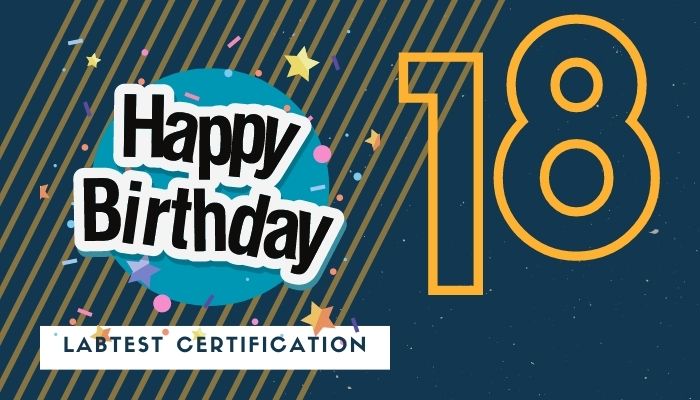 A few weeks ago, we were going through our timeline and doing a mental count for one of our training sessions, and our head started spinning when we realized how many achievements and milestones we have been able to reach in such a short period of time!

Then, we realized something even more interesting: how comparable our first 18 years are with the first eighteen years in human development (lifespan development). Here’s what we mean…

Although every person grows and develops at their own pace, when comparing LabTest growth and development with the six stages mentioned above, it is quite incredible how we hit each stage at almost the actual expected time. Prepare to be in awe!

Infant Development (2003 – 2004)
“The most important development that happens for babies is that they make their earliest connections with others. They learn the first aspects of language; they learn to crawl and possibly walk; they become familiar with their environment.”.

2003 – LabTest was “born”. During the first year, we learn to “crawl” our way around, started to make connections with other certification bodies, and became more and more familiar with what owning a testing lab meant.

Toddler Development (2004 – 2006/2007)
“Not only do children begin to take their first physical steps at this stage, but they also take their initial steps toward becoming an independent person. They want to explore their world and try new things.”.

Preschooler Development (2006 – 2008)
“As children grow into early childhood they continue to change physically, emotionally, intellectually, and socially. Fine motor skills are developed at this stage (ie. run, jump, climb, etc.). At this age, children also become more sure of themselves, enjoy the company of adults and want to mimic them, become more competent in their speech, and ask endless questions”.

This is when LabTest started “climbing” its way to the next stage. In our “preschooler” stage, we started actively adding more and more standards to our CB & TL scopes, added more and more qualified people to handle the new capabilities, and “mimic” what other agencies were already doing well in the industry.

Middle Childhood Development (2009 – 2014)
“Once children begin school their lives change considerably. They experience extensive physical, social, and mental growth. Middle childhood is marked by increased independence from the family and increased focus on the demands of school, friends, and independent recreational activities.”.

Talk about growth! Between 2009 and 2014, LabTest experienced its (first) biggest growth spurt: opened the first Las Vegas location; added 2nd unit in Richmond, BC; added the Solar and other new departments; received accreditation as Inspection Body (ISO 17020); built our first 3-meter compliant anechoic (EMC) chamber in Richmond, BC; grew out of our first Las Vegas location and moved into the new (and current) location; joined our first committee (CNCIEC), and more.

Adolescent Development (2015 – 2021)
“During adolescence, young people experience physical changes, develop a unique personal identity, become more independent, and are focused on peer relationships. A time of turmoil, moving toward physical maturity, that often comes with a concern with body image, which decreases in the later stages of adolescence”.

At the end of 2015, we moved to the new location, our current head office in Delta, BC. The move was inevitable. After receiving the IECEx recognition in 2013, everything changed: we needed more space (physical changes), we needed a new look (unique personal identity), and we were focusing on new partnerships (peer relationships).

Adult Development (2021 and onwards)
“Adulthood signals that time in an individual’s life when choice and more control over one’s life typically occur. Adulthood is often thought of as having distinct stages. These are: Young Adult (18 – 25), Mature Adult (25 – 55), Older Adult (55 – 75), and Elder Adult (75 – death). Young Adult (LabTest current stage): It is typical in our society for young adults to move from their family home and high school experience to their own home and either work or post-secondary education.”.

LabTest is now becoming a “young adult” We are now in the stage where all the growth and changes that we’ve gone through, over the course of the past 17 years, are now “maturing”. As the definition above says, we have now more choices and control over what the future of LabTest is going to look like. We have also been “moving away from the family home”, as we continue to add more and more new locations to the original ones we started with, in the first four stages of our life.

So, quite the journey, isn’t it?

This week, we sit down and look back at everything we’ve been through, all the great things we’ve accomplished, the amazing people that we’ve met and who, over the years, have joined us on this extraordinary journey, and we also shake our heads and smile at some of the mistakes that we made when we were “kids”.

It all started with a dream. That dream was then shared with the rest of us and today, we are making it come true… together.